This Girl / That Guy Headliner

Catch me at Neon Venus this Saturday night headlining This Girl / That Guy’s November comedy party. 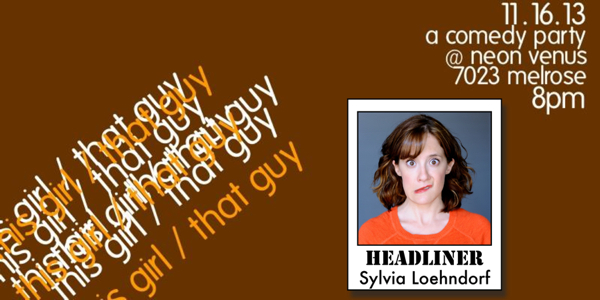 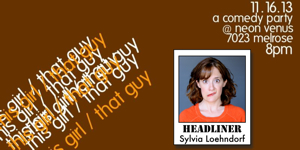 Ladies to the Front

Catch me at the Ladies to the Front open mic tonight at 7:30 pm.

This Girl / That Guy July

Come out to Neon Venus to see me do a new 7-minute set with This Girl / That Guy tonight at 8:00 pm.

I am proud to be a part of ACTOR’S KEY SPRING SHOWCASE: INTERNATIONAL EDITION.  We’ll be presenting scenes in English as well as foreign languages and performers’ native accents.

About: Presenting an exciting 75 minutes of television and film scenes, with original music performed by Jens Erik.

After our hugely successful first showcase in December, we are proud to announce our diversity showcase. Please join us for this one-of-a-kind showcase as we kick off episodic season with strong talent and a unique twist on diversity never seen before. You won’t wanna miss this!

Visit our event site to see a cast photo: www.actorskey.com/specialevents/3836

Concept and Direction by Carmen Aiello

Produced by The Actor’s Key Studios

THESE EVENTS ARE FREE TO INDUSTRY ONLY AND NOT OPEN TO THE PUBLIC. SPECIAL FRIENDS AND FAMILY PERFORMANCE ON JUNE 16th at 7:00 PM.

Bruce Malloy, Private Investigator wins the Audience Award for best short spoof at the Faux Film Festival 2013 in Portland, OR. Congratulations to the fabulous cast and crew.

This Girl / That Guy 1st Time

I’m doing it! I’m doing a new set in front of people I don’t know. After Hanging was a great experience, but it was pretty safe since it was at my acting school. Join me tonight at Neon Venus at 8:00 pm.

sylloeh Posted in On Set

I was the stand-in for Julia Louis-Dreyfus for the 2012 Emmys Cold Open. I hung out in a bathroom with Jimmy Kimmel, Zooey Deschanel, Christina Hendricks, Mindy Kaling, Kathy Bates, Connie Britton and Martha Plimpton.  I will cherish the moment I punched Jimmy in the gut, and he asked me to hit him harder in the next take.

Watch the video to see if you can spot me.  If it should be JL-D, but you can’t see her face, it’s me.

Thank you, Michael Torbiak, for bringing me in on this fun project.

“Bruce Malloy, Private Investigator,” the neo-noir spoof short I produced and play a supporting role in, will be screening at the Chicago Comedy Film Festival in early November.  More Details to come.

Come see us tonight at the Skylight Theater at 10:00 pm. 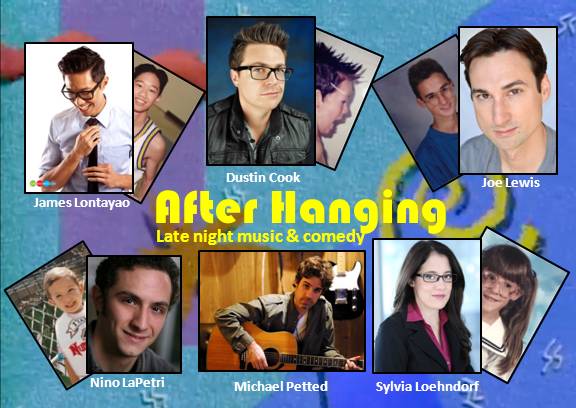 I am happy to announce that a few classmates and I are putting together a comedy night on June 1st.  Check out our promo video below, and don’t miss the behind-the-scenes video at the bottom.