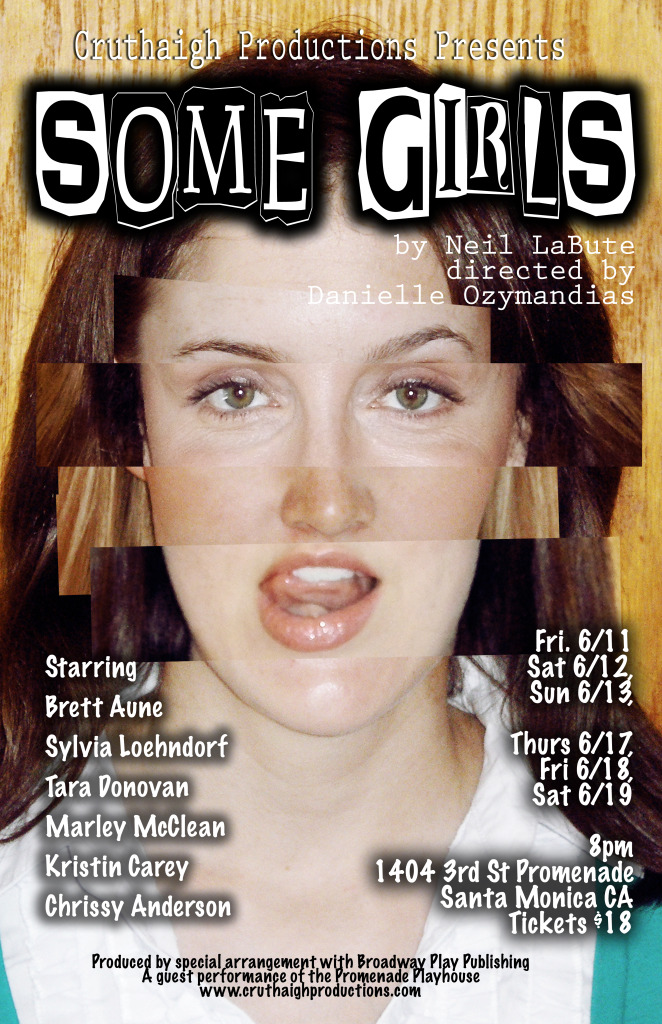 Some Girl(s) tells the story of a man who travels the country to make amends with his past loves before getting married.  The cast is made up of talented Los Angeles actors, Brett Aune, Sylvia Loehendorf, Tara Donovan Marley McClean, Kristin Carey, and Chrissy Anderson.

In grand LaBute fashion, this story turns outrageously funny and deadly serious as a portrait of a typical young American male wanders through the heart of darkness that is himself. In an “unsparing view of modern men and women” (The Journal News), LaBute chronicles “that murky area of not-knowing, which mankind spends much of its waking life denying” (The New Yorker).

What: Neil LaBute’s Some Girl(s)

Tickets: Available online at www.CruthaighProductions.com or CASH ONLY at the door